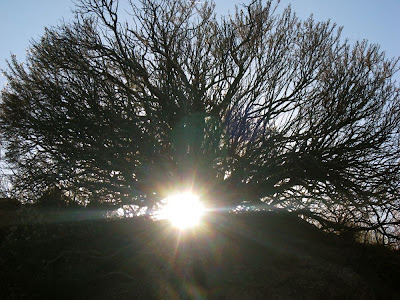 "While soldiers defend freedom, politicians debate it, lawyers interpret it, and the press exercises it, citizens embody it. We the people make liberty happen. If we don't keep freedom and justice vigorous - by serving on juries and following the news and voting in every election - we can allow them to die. That's what happened in Rome. Its citizens didn't create the imperious Caesar, whom the Senate named dictator for life. They allowed him.

Democracy itself is a kind of marriage: challenging, high maintenance, full of squabbles and annoyances, and - when luck and effort converge - a miracle."

I feel uncharacteristically nervous about the election today. I am unsure if its the months-long media avalanche that has my stomach in knots, the massive amount of money spent to buy our votes, the apathy and/or ignorance among our citizenry, or the general, consistent downward spiral of integrity and morality permeating society as a whole. Maybe it's not as bad as my perception depicts. Maybe it's that avalanche thing. Maybe it's sheer mind-exhaustion.

I'm told that many churches have prayer chains for which members sign-up for two hour slots so that there are prayers being said for the twenty-four hours that are election day. They are to pray for McCain/Palin to win the Presidency. Already members have been fasting and praying every Sunday for a couple of months now.

I imagine there are churches doing the same thing for Obama/Biden.

I guess God will tally up the prayers and let us know who the faithful voted for President? Hmm. I don't think it works that way.

I've always felt unqualified to tell God what to do, you know, dictating to him what's best. I use my knowledge, experience and reasoning, my belief system, even my gut to make decisions and let him take care of the outcome. Thankful I've been that he does things his way because, as the Bible says, his ways are higher than ours. He knows more than we do. It's seems hard for some people to believe, I know, but it's true.

While I believe in being a diligent citizen and keeper of liberty, still I will be very relieved when this election is over.

That being said, Please Vote if you haven't already. Fatigue is no excuse for shirking.

After all, it's up to we the people to guard and defend our liberties.

Shall we allow them to be taken away, or shall we diligently - tenaciously - hold on to the original good that founded this nation?

It's a choice - and an important one.

The Election Is Being Watched With Keen Interest Here in England.Let's Hope For A Good Result.
Regards
Tony.

Yep, to do our best from the complex inner configurations that make up our individual reasonings is the best we can do. And then to rest in knowing God is not surprised, nor fazed, but continuing the story. It's all easy, right? Thanks again for your diligent thoughts, Cherie.

"I've always felt unqualified to tell God what to do.."

In this, we're in total agreement too. Nothing angers me more than people who think they have an inside track to God! I'm a firm believer in the prayer that always works: "THY will be done".

Very thoughtful post, Cherie. And I agree with tshsmom - it's not for us to ask, but to concentrate on receiving in the best spirit possible. That said, if my candidate wins, I'm totally cabbage-patching.

A joyous day for America, indeed the world.
I too believe it or not have had a knot since the run for the presidency started. A weight has been lifted, a momentous weight, a feeling that the world has moved on.
Thank God, even though as you say; me too, he doesn’t get involved with/in politics.
We get what we deserve most of the time, but I think also we do get through hope for change receive guidance. The choice is up to us. You, America have made that choice showing the world you desire change; that’s a start, the start of a big job ahead.
We still need to hope and prey for guidance.
However the world is with you in joy today.
Hopefully the cold war era is over, and we can now move on to the new. A momentous task lies ahead for Obama.
Lets hope;-)

Great post and (as far as I am concerned) great result. I know the US election is a real long haul for all of you but the queues of people lining up to vote said a lot about the desire for democracy (or maybe just that there weren't enough polling booths?) At any rate, as I said in my own blog today, I think the rest of the world is breathing a sigh of relief that the Bush era is just about over.

Deanna: "God is not surprised or fazed but continuing the story." I like that!

Tshs: Yes, Thy will be done. A good thing to keep in mind - all the time.

Robin: I wonder if you are 'cabbage-patching' today. "To concentrate on receiving in the best spirit possible." Perfect!

Sandy: I'm with you - secret ballots keep the civility in the process methinks.

MM: A momentous task indeed. We all hope he's up to the task. Thanks for your well-wishes! Means a lot.

Iain: Thanks, Iain, for letting me know your thoughts. It truly has been a looong haul. I'm always proud to be an American but yesterday, seeing all those patient folks lined up as they were, put an extra sparkle on my pleasure. The outcome is what it is. The invigoration of the people, that's what's got me smiling. That's the turning point: from apathy to participation. Whew. Finally! Let's hope it lasts.

I, too, am relieved the Bush era is about over. So relieved. We hope that what follows truly is an improvement. Change is not always progress. (What is this I exhibit? Tentative hope? Is there such a thing?)