Liberty Applies to the Commander in Chief, Too

John McCain was a war hero, a brave and loyal soldier.

He was a devoted senator, too.

America is a compassionate country that honors its heroes and hard-working politicians upon their deaths. This is good and proper.

The outpouring of affection and gratitude showed to Senator McCain comes voluntarily and from the heart. Also, from the heart, is the silence of those who found McCain less than stellar in his conduct toward them and others. Respectfulness is to keep silent rather than respond negatively. Our parents taught that if we don't have anything good to say, don't say anything at all.

I wonder if that is what our President had going through his mind in the first days after the news of McCain's passing?

You see, McCain was not kind to President Trump. Even in his final words, which were read after his passing, he takes potshots at the President's policies, policies applauded by half the country.

I heard Jenna Bush Hager, daughter of President and Mrs. George W. Bush, say she thinks it's fitting that the Maverick got the last word.

Did he? In a sense I suppose he did. He cannot hear responses anymore. His words, after spoken, linger for a moment and then are gone. No chance for rebuttal, not that anyone would want to.

But were his last words healing words, respectful of all the citizens of this country and its President? Interspersed with very moving and beautiful sentiments were snipes meant to demean the President, to throw egg on his face at a time when Trump couldn't tweet back because his belief in respecting the dead wouldn't allow it. Who is the better person here, the bully or the one who kept his mouth shut for a few days rather than blurt unkind - albeit probably accurate - sentiments? Well, let's not go there.

What is Trump supposed to say in light of the fact that McCain 'got the last word' with him? Seriously?

I think it took a lot of self-control for President Trump to keep his lips together and not say anything rude, which we all know he is quite capable of doing. Instead, he waited a bit, kept his cool. He chose the time he would say the presidential words the office demanded. What does it matter that they came a few days later? Who has the right to demand what he says, when he says it, how he says it?

It's called liberty. Liberty applies to the Commander in Chief, too.

For all those who vilify President Trump - for every single time he doesn't do or say exactly what they demand he do and say - I say grow up. He's free to pick and choose his own words and the timing of them, whether you like it or not.

That being said, I do wish the Senator's family comfort in the days, months, and years ahead. I pray that they'll have the strength the next days require, and that they'll feel the love the country has for them and for their father/dad, who was after all, a human being and a loved one first and foremost.

R.I.P. Senator McCain. You will long be remembered for your service.

Why Hate on Jordan Peterson? 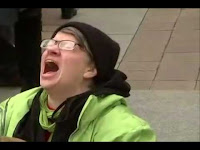 
"There are plenty of reasons for individual readers to dislike Jordan Peterson. . . . There are many legitimate reasons to disagree with him on a number of subjects, and many people of good will do. But there is no coherent reason for the left's obliterating and irrational hatred of Jordan Peterson. What, then, accounts for it?

It is because the left, while it currently seems ascendant in our houses of culture and art, has in fact entered its decadent late phase, and it is deeply vulnerable. The left is afraid not of Peterson, but of the ideas he promotes, which are completely inconsistent with identity politics of any kind."

Definition of the Liberal Paradigm

An agreeing 'Yes!' burst from my lungs as I read the following excerpt. It's from a recent Wall Street Journal article entitled If America Is Divided, So Is Europe. In it the author, Tunku Varadarajan, recounts his interview with Mr. Ryszard Legutko, a professor of ancient philosophy who also represents Poland's conservative governing party at the European Parliament.

"The EU's elites, Mr. Legutko says, are unbending in their belief that 'one has to be liberal in order to be respectable, that whoever is not a liberal is either stupid or dangerous, or both.' Seconds later,  he corrects himself: 'I mean the elites of the West, including those of the United States. Being liberal is the litmus test of political decency. This is today's orthodoxy. If you criticize it, or you're against it, you're disqualified.' The world has 'shrunk,' Mr. Legutko laments, 'and the liberal paradigm seems to be omnipresent.'

"What is that paradigm? 'A liberal is somebody who will come up to you and tell you, 'I will organize your life for you. I will tell you what kind of liberty you will have. And then you can do whatever you like.' His response - and Poland's as a sovereign entity - is unequivocal: 'Don't organize my liberty for me. Do not try to create a blueprint according to which an entire society must function.' That's why, he says, Poland is a 'a dissident member of the EU, and the primary reason why it has been attacked so much. Not because we did something outrageous, but because of who we refuse to be.'"

If you doubt that this is a prevailing paradigm here in the U.S., think about the recent remarks made by Santa Barbara Councilman Jason Dominguez.


“Unfortunately, common sense is just not common. We have to regulate every aspect of people’s lives.”

No, Councilman Dominguez's is not an isolated point of view, it is a rampant, deep-seated, liberal one.

I concur with Mr. Legutko's response: "Do not organize my liberty for me. Do not try to create a blueprint according to which an entire society must function."

I sometimes wonder if Patrick Henry were to speak his sentiments today, what would be the outcome? Liberty?


"What is it that gentlemen wish? What would they have? Is life so dear, or peace so sweet, as to be purchased at the price of chains and slavery? Forbid it, Almighty God! I know not what course others may take; but as for me, give me liberty or give me death!"

I encourage you to click on the link above (the word 'sentiments'). Read Henry's entire speech. It's not long. You may see similarities between 18th century British and 21st century liberals.

Since my husband and I moved away from where my parents lived, the season we spent the most time with them was summer. 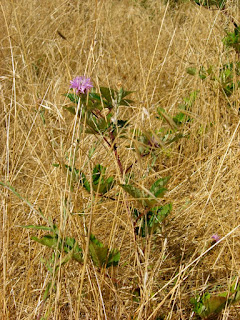 Warmly welcoming each of us to the vast playground that was their country estate - The Hill - Mom and Dad hand cranked homemade ice cream, Dad barbecued tasty meats on his ancient barbecue, he cut juicy watermelons into drippy wedges - the rinds of which were gleefully thrown off the deck for cattle and deer - and Mom kept the pool crystal clear and clean, her bathing cap always close at hand.

Family gathered from far and wide to spend an invigorating and relaxing weekend together goofing off, enjoying scrumptious food, and telling stories.

I can still hear the unrestrained laughter, the croaking of frogs, and chirping of crickets. I smell roses and irises, taste potluck offerings delivered to the kitchen with cheer by each family, see bats swooping in the twilight sky.

I feel the thrill of sliding or diving or jumping into the huge pool, recollect the energy in my kids' little bodies as I teach them to swim and to see and to listen to life in the country.

The summer air smelled of crispy dry pasture grasses and hot evergreen trees, freshly watered verdant lawn, and sometimes the promise of a storm. Electrical storms, with their sticky humidity, frequent in the hot days of July and August, brought with them excitement in noise and flashes, contentment in the delicious warm rain which relaxed already smiling faces.

Summer on The Hill was a sensory feast! Memories linger, I hope as long as I live, comforting and encouraging me.

What a lovely thing to recall the goodness of time spent with my parents.

I ache for them, but more than that I am grateful that they were, indeed, mine.
Posted by Cherie at 11:38 AM No comments: