A Gentle Washing of the Brain Can Be a Good Thing

Will skepticism hurt your brain? No, but cynicism will. Skepticism implies open-mindedness and the willingness to suspend judgment until both sides of an argument are considered, and this enhances neural functioning, particularly in the frontal lobes. A cynic, however, is a person who has taken their disbelief to a point of emotional distrust and rejection that borders on hostility toward the other point of view. This 'limbic' personality is pessimistic and is so neurologically dangerous it can even shorten your life.

Unfortunately, as far as the brain is concerned, negative speech has a stronger effect than positive speech. Negative remarks and memories are more strongly encoded in the brain, and they are the most difficult memories to eradicate. In fact, simply being around negative people will make you more prejudiced, because listening to negative opinions can easily undermine your positive opinions about virtually anything.

Being around negative people and/or listening to angry speech causes the brain to mirror the angry content, it emotionally reacts to the harsh, angry, or contemptuous faces of those around us with equal harshness, anger, or contempt. Simply reading emotionally evocative words stimulates the brain in ways that resemble the encoding of traumatic memories. The brain thinks it's really happening and retains the input as such.

Even watching violence on the news, or taking in a violent movie, will make us feel more angry, aggressive, negative, and powerless. Same thing when listening to songs with hostile lyrics even if the song is meant to be humorous. Violent video games increase aggressive behavior in children and young adults.

...our brains are designed to mimic the emotional expressions of others. Not only does this allow us to feel what others feel, but it causes what is known as 'emotional contagion,' a universal neurological process whereby subjective feelings are transferred to other people and spread through social groups. So, how fast does it take the brain to react to another person's emotion? When you see an angry expression, it takes less than one second for your brain to respond with fear.

Experience informs that this is all true. Constant bombardment of 'news' has wreaked havoc on our society. People are literally losing themselves to the anger, violence, fear, and political malice constantly pumped into our radios, televisions, periodicals, and computers. Frightening. Formerly sane people become aggressive news-zombies. They gather and emote, quoting their leaders, the talking heads and political forces who spoon-feed them, transforming thinking people into emotionally reactive drones. No matter how you look at it, exposure to, or expression of, any form of anger is hazardous, not only to the health of the individual, but to society as well.

We are not only bludgeoned with negativity from the media in all its forms. Seems negativity is everywhere we go; church, school, shopping centers, doctors' offices, banks. Is there a place that doesn't exert pressure on us to have an emotional response in order to goad us into capitulating to their 'desire for us?' Fear of hell without the comprehension of heaven. Fear of ignorance without the understanding of wisdom. Fear of losing status without the knowledge of self-respect. Fear of ill-health without information or realistic hope. Fear of poverty without the grasp of wealth's burden. We are coerced into fear, our brains react accordingly, and before we know it we are behaving unreasonably, though we are certain we are quite sane. We are feeling, not thinking. Emotions are fairweather friends, unsteady, unpredictable, undependable.

Reacting from fear is unbalanced. When we allow ourselves to be goaded thusly, we make mistakes. We must take back our minds, our whole minds. We must allow our brains to function as they were designed to function, with integration. We will still make mistakes, but at least they will be more along the lines of educated mistakes rather than strictly fear-based. If we can turn down the fearful negativity, opportunities for solutions will not only be more apparent, but more easily and quickly accessible. We can climb out of our default mode of being cattle-chute manipulated by unreasonable fear.

One of the story lines in C. S. Lewis' Narnia series which sticks with me best is the idea of the Narnian trees who forgot they were free to move around, to dance, to interact. Every now and then a Narnian would get the feeling that one of the trees was beginning to remember, to awaken. It made Lucy sad that the trees were asleep in the light and glory of Narnia.

We are asleep, too, and it makes me sad. We are allowing fear-based spells to still us, to dull and change us into who we don't want to be.

Acceptance of who we really are - human beings with strengths and weaknesses - coupled with compassion can begin the long process of awakening ourselves to factual thinking. And it must come from within, from each of us unplugging from the IV drip of doom. Anger - as a form of communication and dialogue - never works. It can injure our brains. Jesus didn't amass followers through fear but through truth, hope, and love in all its forms.

Compassion and forgiveness can heal those brain structures damaged by anger. Kindness. Attention. Sensitivity. Voices low and slow. Patience. Respect. Refraining from sarcasm, name-calling, swearing, belittling, and threats. Forgiveness. Self-awareness to be able to sense rising emotions in order to take proper precautions. Awareness of non-verbal communication in yourself and others that can serve as comfort or warning. Taking equal responsibility, working together, problem solving. Remember, a person needs to hear five compliments before he or she can listen nondefensively to a criticism.

A little mindfulness, awareness, thinking for oneself, whatever you want to call it will be a pleasant beginning. It won't change the world today. The Middle East will still be in turmoil. The U.S. will still have more debt than our brains can fathom. Gas will still be way too expensive. China will still be afraid of the Dalai Lama. Republicans will still battle Democrats. Some preachers will still try to scare the hell out of you. Health costs will still be obscene.

But. But. But in our everyday lives we will come to remember that, yes, we are free to move around, to interact. We can dance. Whenever we want to. With anyone who will join us no matter what their religious beliefs or lack thereof, no matter their political views, no matter their station in life, their age, their education, their health. We can dance. Everyday. The dance of kindness. The dance of inclusion and respect. The gift of the dance is the power of the people to take back their minds and to become a force of wisdom against an angry negativity.

We are the people.

One family, one couple, one person at a time

(Italics are exerpts from Andrew Newberg, M.D. and Mark Robert Waldman's book, How God Changes Your Brain)
Posted by Cherie at 1:59 PM No comments:

We do not really know how to forgive until we know what it is to be forgiven.   Therefore we should be glad that we can be forgiven by others. It is our   forgiveness of one another that makes the love of Jesus manifest in our lives,   for in forgiving one another we act towards one another   as He has acted towards us. ~~Thomas Merton

To forgive is the highest, most beautiful form of love. In return, you will receive  untold peace and happiness. ~~Robert Muller

It is freeing to become aware that we do not have to be victims of our past   and can learn new ways of responding. But there is a step beyond   this recognition... It is the step of forgiveness. Forgiveness is love   practiced among people who love poorly. It sets us free without   wanting anything in return. ~~Henri Nouwen

You tend to feel sorrow over the circumstances instead  of rage, you tend to feel sorry for the person rather than  angry with him.  You tend to have nothing left to remember to say about it all.  You understand the suffering that drove  the offense to begin with. You are not waiting for anything.  You are not wanting anything.  There is no lariat snare around  your ankle stretching from way back there to here.  You are  free to go.  It may not have turned out to be a happily ever after, but most certainly there is now a fresh Once Upon  a Time waiting for you from this day forward. ~~Pinkola-Estes

To carry a grudge is like being stung to death by one bee. ~~William H. Walton

Forgiveness is the scent that the rose leaves on  the heel that crushes it. ~~Anonymous

A Tuesday in February 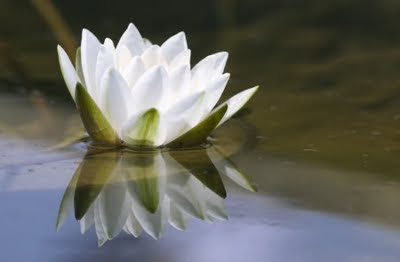 So many things coming at me all the time. All. The. Time. Keeping up is a challenge, but usually one I confidently manage. Thank God.

However, sometimes steamrolling happens. And tumbling as in the ocean's surf. Too much in my brain; clutter, seemingly impossible-to-solve problems. My limbic system is overloaded. Fear, panic, confusion, distress, anger.

This morning exhaustion reminds me that I need to rest and re-evaluate and for good reasons. Not only will I fail at constructively moving forward in my life, but my body will abruptly stop me if I don't take the time to relieve the log-jam in my mind.

So, I stop. I go back to bed after dropping precious daughter off at school in the early morning hours.

And I sleep the sleep of the just. I devour the sensation. My brain works out my problems while my body comfortably rests and restores in a sweet-smelling bed, in a sunlit room. Two hours. In the end I dream of a beautiful, white room, walled with clear, sun-streaming windows, a sparkling, wide-stretching wood floor, smooth and perfectly clean. Empty of furniture. It is an image of my mind. Stillness, loveliness, order replace confusion. Serenity. Relief.

The problems that unsettle me no longer do. Smiling a silly, happy smile I yawn, dress, chuckle. Life makes sense again. I feel like cooking a meal, like teaching algebra, like studying my current topics, like washing the towels, like being cheerful, patient, and kind.

What a difference ceasing makes, allowing my depleted body and mind to sort, organize, and rest. Catch-up.