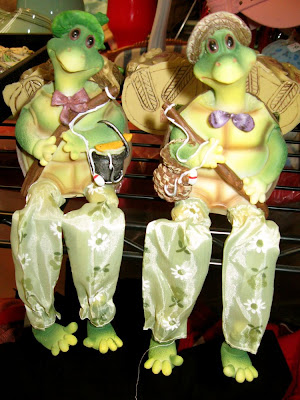 Know that although in the eternal scheme of things you are small, you are also unique and irreplaceable, as are all your fellow humans everywhere in the world. ~~ Margaret Laurence

This is the final test of a gentleman: his respect for those who can be of no possible value to him. ~~ William Lyon Phelps

There is within the human heart the capacity for inexplicable kindness measured by respect for fellow human beings. Once the idea that all men, women, and children are made in the image of God takes hold in a mind the heart follows with enormous impetus. Respect takes root. Working in tandem, heart and mind move, instinctually, mindfully.

At work one day, when I was a mere 26, I noticed a fire truck rush past the large, picture window in front of my desk. My fellow employees and my boss raced outside to see what was happening. I followed. A tiny, rundown shack was on fire. We stood at a short concrete wall above a very low-income neighborhood like lords and ladies watching the occupants scramble to get everyone out of the house. A large woman holding a dirty, diapered baby sobbed uncontrollably as all she owned in the world, along with her rented shelter, burned to the ground yards away. Another woman stood at her side patting her on the back.

Before I even knew what was happening I found myself hurrying along the gravel walkway, down, down to the little burning home. I had never met this woman, had never seen her before that moment. She was a complete stranger. I hugged her and she clung to me as though I was her only friend in the world. I kissed the baby's head. I assured the woman that there would be help for her, that I would help her. Shaken to her core, she had the presence of mind to write down for me the address where she would stay until she figured out what to do. It was her brother's home.

After work I went home and gathered some clothes and a few toys my son had outgrown. I bought diapers. I boxed up food. I picked flowers. I put some cash into a small envelope along with my name and number should she need anything else. Then, I drove to the address she'd given me. I knocked on the door. Her eyes opened wide when she saw me. "I didn't think you'd actually come back to help," she said in astonishment. She accepted the gifts with gratitude. The others in the house silently watched our interaction, seemingly stunned. I hugged her warmly. She thanked me.

And I never saw her again. When I checked back I was told she'd moved out of town.

My actions at the time were pretty much a blur. I'd never done anything of that nature so impulsively before.

I don't retell this story for accolades. Not at all. I tell this story because of the one thing that is startlingly clear in my memory. After I'd hugged the woman and climbed the path back up to the wall where my boss and co-workers were still gawking at the sad scene, my boss, who had seen my encounter with the fire victim, said to me, " You can't help people like that. She'll just go find somewhere else to squat."

His words, like a shock of frigid water thrown on my naive heart, still sting today. Not because he hurt me. He didn't. The sting from his coldhearted reaction informed my idealistic mind that it is possible for hardness to overcome a heart of flesh and turn it to stone. Like Ebenezer Scrooge, someone or something somewhere had hurt this poor man, rendering him incapable of simple compassion.

See, he had no respect for the handiwork of God, or for the ways of love, the mystery of each unique irreplaceable person.

I lost some respect for my boss that day. But I gained a modicum of wisdom, which I admit, I sometimes forget.

Humanly speaking, there is no one beneath me, or above me.

We are all in this together.

Respect the individual.
Posted by Cherie at 6:28 AM

I love your posts. I hope you never lose the heart that took you to the woman who had lost everything.....nor the capacity to share that story.

Once I worked in an office that was next to the welfare office as we called it at that time. I went down to the machine in the hall to get a candy bar. A little girl and her even younger sister were looking at the food in the machine longingly - they said they had traveled ten days and were hungry - their clothing said they didn't have much, if any money. I went back to the office and took them back an envelope with money and said give this to your dad (their parents were in the welfare office) and tell them to get breakfast! They scampered off.

My coworkers cried, "sucker." But I'll always believe they had breakfast in a warm place and were full before they drove off to whereever they were going. Always believe it.

When we forget that sometime we may walk in the shoes of the unfortunate ourselves, we have lost a bit of our humanity, I think.

Thanks for sharing this! A good Christmas post - really.

Thanks, Gardenia. Wise words you've uttered here: "When we forget that sometime we may walk in the shoes of the unfortunate ourselves, we have lost a bit of our humanity, I think."