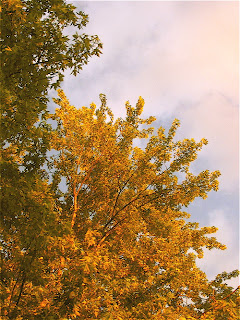 "If an expert does not have some problem to vex him, he is unhappy!
If a philosopher's teaching is never attacked, he pines away!
If critics have no one on whom to exercise their spite, they are unhappy.
All such men are prisoners in the world of objects.

He who wants followers, seeks political power.
He who wants reputation, holds an office.
The strong man looks for weights to lift.
The brave man looks for an emergency in which he can show bravery.
The swordsman wants a battle in which he can swing his sword.
Men past their prime prefer a dignified retirement, in which they may seem profound.
Men experienced in law seek difficult cases to extend the application of laws.
Liturgists and musicians like festivals in which they parade their ceremonious talents.
The benevolent, the dutiful, are always looking for chances to display virtue.

Produce! Get results! Make money! Make friends! Make changes!
Or you will die of despair!

Those who are caught in the machinery of power take no joy except in activity and change - the whirring of the machine! Whenever an occasion for action presents itself, they are compelled to act; they cannot help themselves. They are inexorably moved, like the machine of which they are a part. Prisoners in the world of objects, they have no choice but to submit to the demands of matter! They are pressed down and crushed by external forces, fashion, the market, events, public opinion. Never in a whole lifetime do they recover their right mind! The active life! What a pity!"

(Last Sunday I took this photo of one of our silver-leafed maple trees as the sun's last rays of the evening turned some of its silky green leaves golden. Blazing! Gorgeous!)
Posted by Cherie at 8:21 AM

That is an absolutely amazing photo. I would have just assumed it was fall and the leaves naturally gold... Wow.

It was an amazing sight, WC. You can sort of see in the picture that where the sun's ray weren't hitting the tree, the leaves are still visibly green. It was like the tree was on fire in places. That happens a lot around here, and is one of my favorite things about sunset. As soon as the sun is down, they are green again, and beginning to look black in the shadows. I'm glad my little camera did as good a job as it did, but it still doesn't do it justice. Thanks for the comment. Wish you were here to see such things with me. (And I'd like to see your bears and other Canadian delights!)

This is very profound, yet it made me giggle. Now I know why I'm in the middle of all these projects....I'm proclaiming my humanity!

GREAT pictures! I LOVE your description of your trees in the twilight. We have so much beauty to see, if we only take the time to notice.

You have touched my heart, yet again.

As usual you have set my mind a spinning. I love the timeless wisdome of the ancients.

tshs: Proclaiming your humanity, huh. What a clever clever woman you are, to think of that! Made me giggle, too. Thanks! Don't wear yourself out, okay?

Sandy, you touch mine when you write things like that. Thank you, friend!

M. - "Timeless wisdom of the ancients." Right on! You can spin your mind while you nurse El, and sing to Soren. (I used to mull over so many things in those quiet Mommy moments...... still do.)

You're preaching to the choir, girl! Don't wear YOURSELF out either! ;)