After the concert we slept at The Benson Hotel, built in 1912. Beautiful, historic place. Comfortable beds! Wow! Tom and I slept great, waking up before six. The girls continued to dream peacefully so we parents quietly dressed and headed for the streets to watch the city awaken.

A 12 story, world-class hotel built in 1912 by Simon Benson, a Portland lumber baron and philanthropist, the Benson was designed by the city's most prominent architect of the day, Albert E. Doyle. 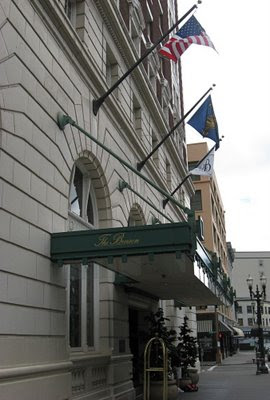 The interior walls and pillars of the magnificent lobby are finished in rare, now extinct, Circassian walnut imported from the forests of Imperial Russia. Beautiful! Austrian crystal chandeliers and sweeping Italian marble staircases with cast iron railings add to the hotel's grandeur. I took a million photos but will spare you. 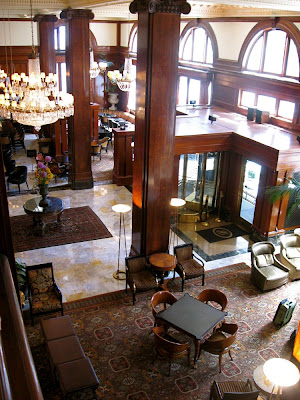 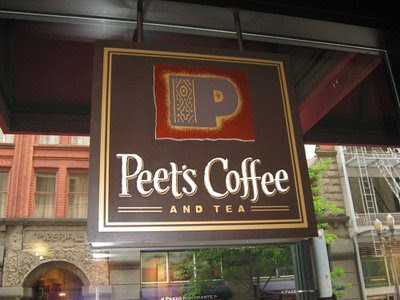 While the girls slept Tom and I headed to Peet's for something warm and something delicious. We were not disappointed. 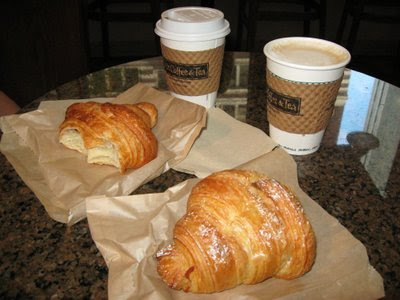 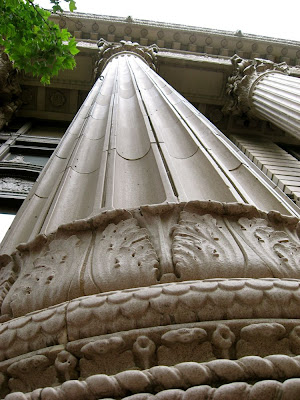 The U.S. National Bank is a beautiful old building! I LOVE pillars like this. 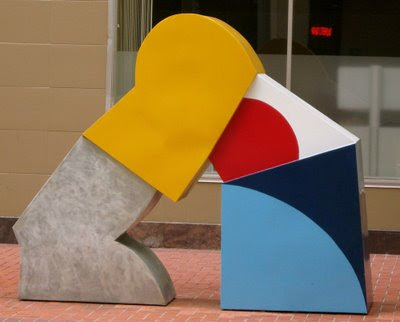 What do you think this statue represents? My first inclination is that it's a child bent over, head deep into a toy chest. Any ideas? Your guess is as good as mine. Tom saw an arm with a boxing glove. 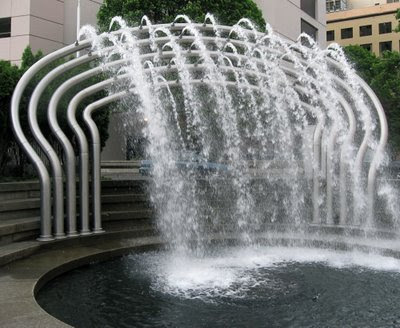 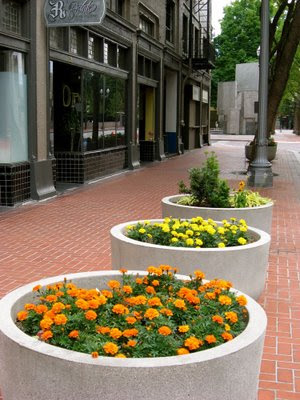 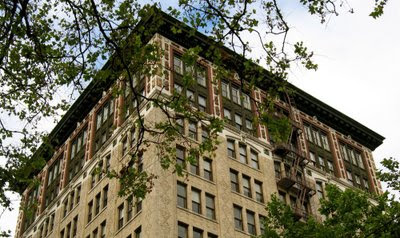 This is the Wells Fargo building. If you look closely you can see the words Wells Fargo high up on the top under the eaves, the letters in circles, one word on each wall. 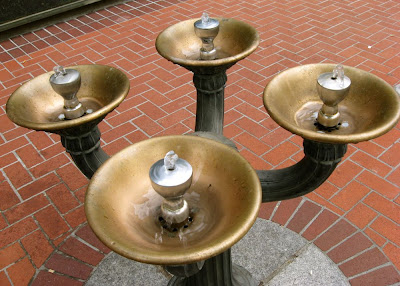 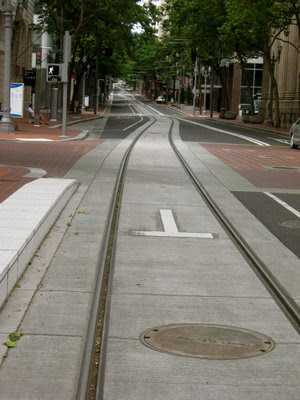 Amazing to walk the streets of Portland when empty of people and cars. 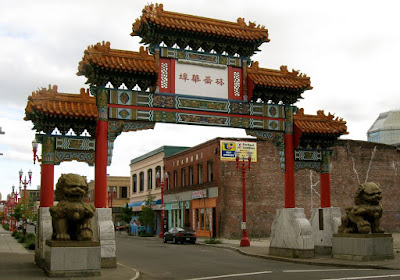 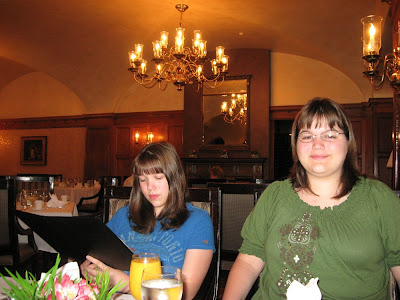 By the time Tom and I returned from our leisurely exploration the girls were awake. They met us in the London Grill, the upscale over 50 year old restaurant which is tucked below the Grand Lobby of the Benson. Easy for Caroline - with her mending broken foot and crutches - to leave our room on the fourth floor, enter the elevator, press London Grill LL, and have the doors open to opulence and mouth-watering gourmet breakfast aromas. Oh, the delicious food! 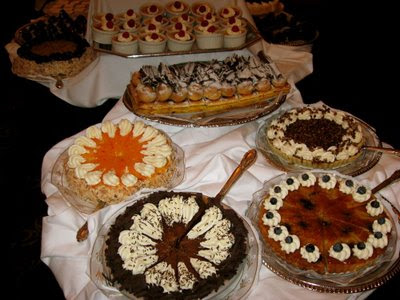 While we ordered plated breakfasts of homemade sausages, bagels, berries, fruit, ham, eggs, hash browns, toast, and juices these desserts were near our table and very tempting. They were part of a lavish buffet brunch that was to be available later in the morning. Our food was amazing! 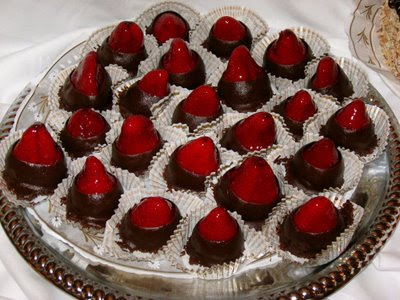 Tom nearly nabbed one of these chocolate covered berries on the way out!

These photos depict the early part of our Sunday in Portland. My next post will show the rest of the morning and afternoon when Ben joins us and gives us a tour of some of the local favorite places in the vicinity.

Wow, what a beautiful city, and what beautiful food! I have no idea what that sculpture represents! It looks quite odd to me.

WC, I knew you'd like the pastry photos, pastry chef that you are. The rest of the food in the buffet was incredible! Next time.