"Much Ado About Nothing"

Tonight Cassie and Caroline debuted in their very first play, Much Ado About Nothing by William Shakespeare. The play came together marvelously. Cast, crew, and audience all had a great time!

Mrs. Carr, the director, asked us to refrain from snapping photos during the play so as not to distract the kids. These photos are from afterwards when the pink-cheeked girls were mingling with their audience. 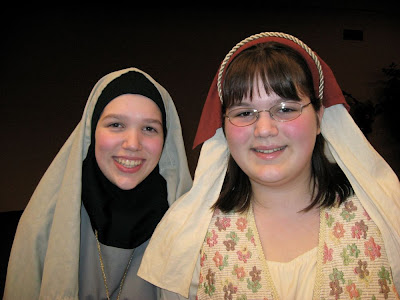 Caroline as Sister Anne and Cassie as Antonia 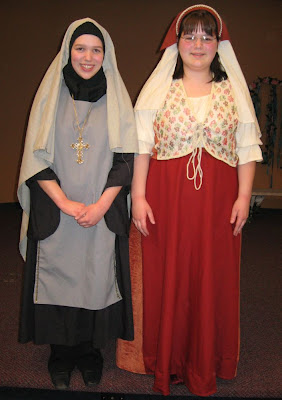 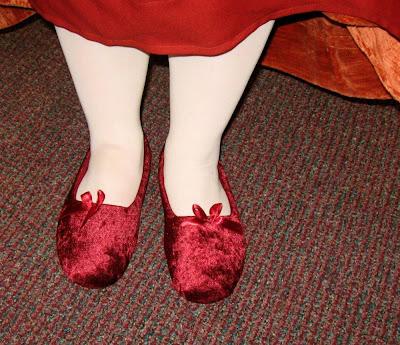 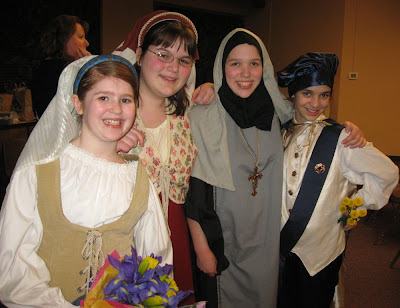 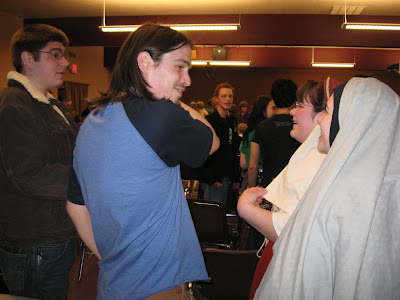 Ben and Joe talk animatedly with the actresses, their little sisters

The villain Don John, as played by Maddy who's quite a character 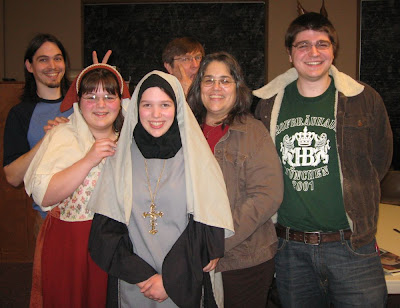 The six of us in various stages of glee 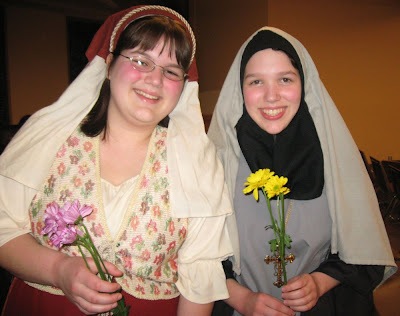 Tired but happy. A wonderful experience!

Cassie and Caroline can't wait to see what the rest of the school year in Shakespeare class has to offer.
Posted by Cherie at 12:04 AM

You girls were great, the play was great!

Those costumes are totally awesome!!

I enjoyed it! I wanted to come and support Cassie and Caroline; they and the whole cast were right on target. Mrs. Carr is an awesome teacher/director. I also had fun meeting Ben.

'Twas an evening filled with merriment.

Tom: I'm so happy that you got to flex your shift at work so you could attend with us. An evening to remember! Thanks.

WC: They really were. I mean, I remember the high school plays when I was in school - the costumes pale in comparison with what I saw last night. Makes it all the more enjoyable.

Deanna: We all appreciate yours and James' moral support last night. Mrs. Carr is awesome, you are right. And now you've met my entire clan. Today, you're an insider. ;)

Thanks For Sharing Those Great Photos.Looking Good! Glad The Play went so well.Regards T.

Beautiful shoes indeed. Looks like it was a wonderful time. This is great experience - I would have been so happy to have my children have that kind of opportunity....

Congratulations Cassy and Caroline, what a nice achievement! I would have been there if I wasn't so far away; I love watching plays where I know the actors!

I love the family photo Cherie!

Your post brings back memories...
SME was Cassie's age the first time she auditioned for a play. We were amazed when she landed the lead role in Jane Eyre! She had always been rather shy and reserved...who'da thunk it?

Wonderful!!! Anne is absolutely chomping at the bit to give that class a try! Love it!!

Thanks, Jo Jo. I know you know how it feels to be the parent of an actor/actress. GREAT!

Tony, thanks. You are right - it went very well.

Gardenia: Thanks for the perspective. And yes, the SHOES!

Sandy: Thanks. I wish you could have come! We'd have had such fun.

Tshs: I know the feeling of amazement. My soft spoken Caroline speaking in volumes to be heard, bravely reciting her lines with feeling in front of....strangers!?

BBL: Anne will LOVE It!

Wow! That shows a very impressive production judging by the professional look of everything. I also would've loved to have seen a fresh production of one of the Bard's few plays I actually like. Well done!!