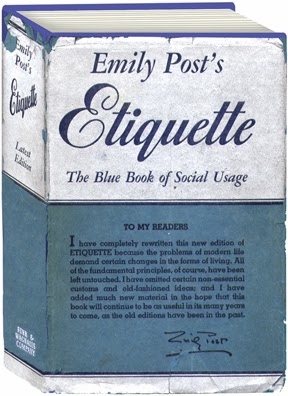 "In the midst of the war, some French soldiers and some non-French of the Allied forces were receiving their rations in a village back of the lines. The non-French fighters belonged to an Army that supplied rations plentifully. They grabbed their allotments and stood about while hastily eating, uninterrupted by conversation or other concern. The French soldiers took their very meager portions of food, improvised a kind of table on the top of a flat rock, and having laid out the rations, including the small quantity of wine that formed part of the repast, sat down in comfort and began their meal amid a chatter of talk. One of the non-French soldiers, all of whom had finished their large supply of food before the French had begun eating, asked sardonically: 'Why do you fellows make such a lot of fuss over the little bit of grub they give you to eat?' The Frenchman replied: 'Well, we are making war for civilization, are we not? Very well, we are. Therefore, we eat in a civilized way."' ~~ excerpted from Richard Duffy's Introduction to Emily Post's Etiquette, written in 1922 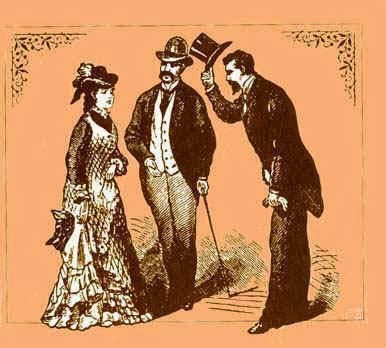 "Manners are a sensitive awareness of the feelings of others. If you have that awareness, you have good manners, no matter what fork you use." ~~ Emily Post

As society's behavior becomes increasingly crass, a sort of aching throbs in the hearts of a few. Attached to the ache is a question. "Cannot we rise above self-absorption, vulgarity, and utility?" An affirmative answer confidently sings within such pure hearts. Yes. Yes, each one can choose to recall to life within himself the ancient civilities which set humanity on its course toward refinement.

Perhaps, more than missing courtesy, deference, and certain dignity is the idea that without a common respect, life tends to be rather dispiriting.
For everyone.